The City of Thousand Oaks City Council adopted a City-wide Energy Management Plan in 2012. The plan focused on energy conservation, process and energy optimization, the procurement of offsite renewable energy through programs like Direct Access, grid produced electricity, and the generation of onsite renewable energy. In 2019, Council adopted a Municipal Energy Action Plan establishing a target of reducing energy usage by 15% by 2025 relative to 2010 usage. HCTP is an ideal location for renewable energy generation because of its anaerobic digester capabilities for making methane gas and the space available for solar panels. 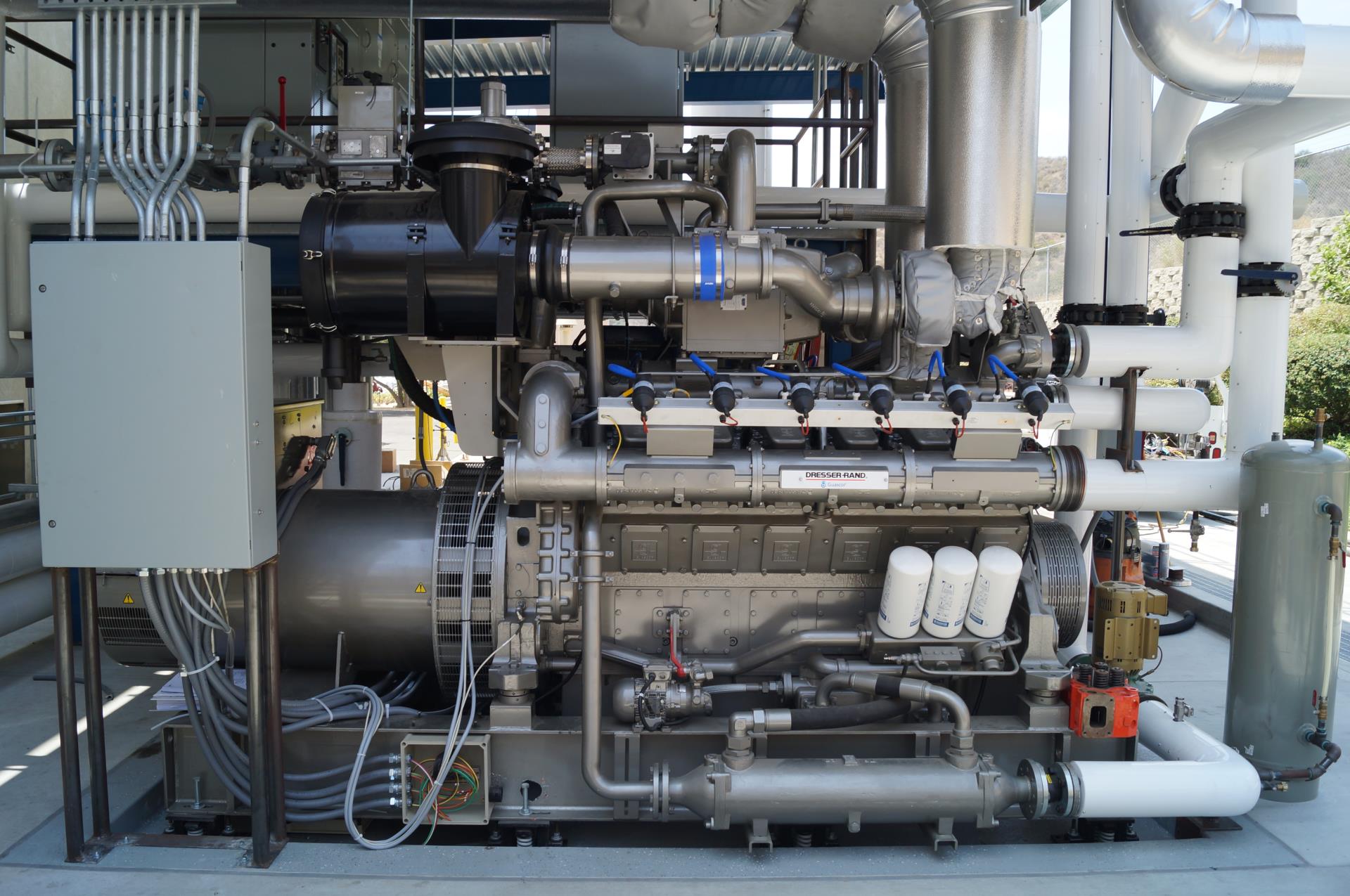 In April 2007, HCTP started up its first two onsite renewable energy projects. The first project was a co-generation project that could create up to 500kW of renewable energy by burning methane gas created in the facility's anaerobic digesters in two 250kW co-generation units. Before this time, the gas had been flared. These units provided approximately 50% of the facility's energy needs.

Simultaneously, a 584 kW (DC) photovoltaic system featuring 2,783 solar panels was installed. The solar array satisfies approximately 15% of the facility's energy demands and produces energy during the peak period of the day.

Inspired by a City Council goal of HCTP generating all the electrical energy it needs with onsite renewable generation, the City's current co-generation provider, CHP Clean Energy, replaced the original units with a 620kW capacity cogeneration system. An additional $1,500,000 SGIP grant helped fund this project. Initially, HCTP was able to achieve the goal of meeting 100% of energy demand through renewable energy utilizing both solar and cogen power.  This was successful for some consecutive months but found not to be consistently attainable for long periods of time.  The goal has been modified to generate 100% of energy use through onsite renewables consistently and sustainably all year.  HCTP continues to produce renewable energy on-site, and is working toward this goal.

For years, HCTP has been providing local haulers of restaurant grease and other high organic-content liquid wastes a place to dispose of these wastes. HCTP uses these wastes to boost the production of methane gas which in turn creates more energy through the co-generation system. HCTP receives fees for accepting these wastes and provides a valuable service to the surrounding communities by offering this alternative to other remote disposal sites.

HCTP typically receives $300-400K annually worth of revenue for this service.

HCTP, through a net-metering arrangement with SCE, frequently exports excess energy during the day to the grid and then is credited for it when using SCE grid energy.

While the generation of renewable energy is one of the more visible features of our City energy management program, it is just one important aspect. There is still much work to be done to ensure HCTP conserves energy, optimizes its usage, and creates all the renewable energy necessary to meet our operational and environmental goals.